Forget your Zelda and ram your Metal Gears. For me, the only way to get my heart racing is to drop me right in the centre of Middle Earth’s Third Age and ask me to look after a precious bit of jewelry. How delightful.

I’m not even kidding; I’ve played them all*. There’s something so addictive about playing as a goddamn Hobbit that keeps making me fork over my stupid English money to play the next installment of ‘We’re All Being Fucked Over By An Eyeball’.

“But Charleyy, surely you’ve not played all of them?! There aren’t but enough hours in the day you heathen!” – Look, if you can sink over 12,200 hours into Azeroth (yeah I know someone who did that, and she’s my fucking Queen) and still function when walking through sunlight, then I can play every ruddy Lord of the Rings game and not feel a shred of regret.

Instead of boring you shitless with a list of every single game there is and my opinion surrounding it’s existence in the world (because lets me honest, you can just Google it), I’ll give you a brief run through of my highlights.

I might be a Lord of the Rings fanatic, but bugger me some of these games are bad…

*Apart from Shadow of Mordor and some of the early stuff, but I’m not made of money and I’m not wasting my time on critically-panned shite. It’s on my ‘To Do’ list. Arsehole. 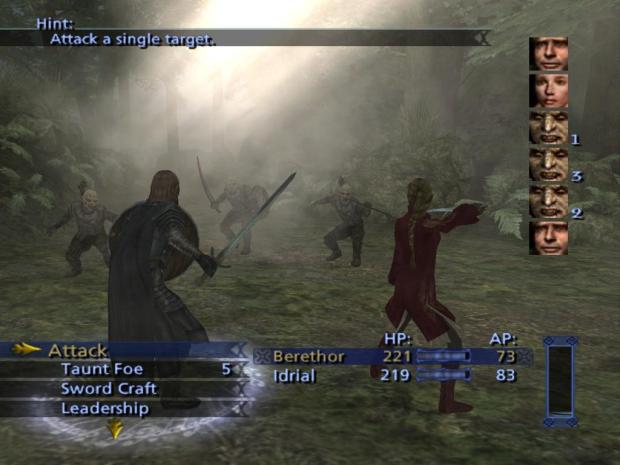 I am NOT a lover of turn based games. The only game that got past me that utilised this bloody system was Pokémon and frankly that game will never be wrong. I mean, The Third Age was basically a LOTR skin slapped over the top of some Final Fantasy game but I was to young to give any fucks.

Exploring Middle Earth and fighting Balrog’s in The Third Age massively opened my eyes to video games as up until this point in my life (as previously mentioned) I was occupied with the likes of Pokémon and a number of other terrible Gameboy Colour games.

For me, it was the RPG I needed to kickstart my feverish desire to play away my teenage years as another, more elf-like person. And what’s more, the game took Tolkien’s lore one step further and let you fight the Eye of Sauron as a freaking Dwarf. 10/10.

I’m an actual child. I fucking love LEGO games. They’re the only games I bother to 100% and I find their weird, slapstick, juvenile humour so ridiculously charming. So imagine my arousal when Traveller’s Tales announced this bad boy…

Middle Earth free play, every single hero on the roster and some good old fashioned axe/shotgun humour made me fall so madly in love with this game. However, because I love you so much, I will tell you something critical that I desperately hope you never forget: NEVER BUY THIS GAME ON iOS.

LEGO games are infamous for their camera-perspective-fuckery, so imagine how tedious and ball-aching this is on a bloody iPhone screen with my sausage fingers. Ultimate turn off. 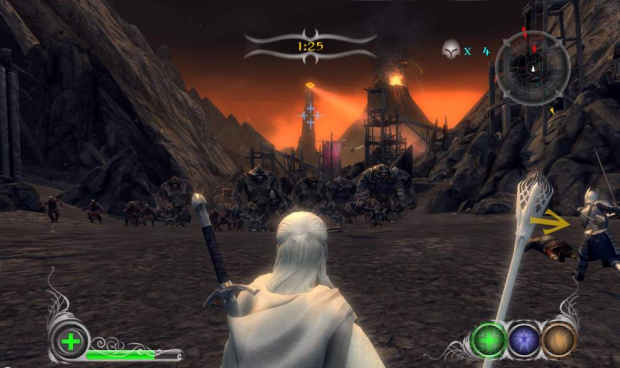 Christ the difficulty curve on this game was barbaric. You literally had to be Gandalf to figure out how to conquer most of the conquests in this thing and even then you’d be mocked by the AI as they throw themselves off a cliff – it made more sense for them to plunge to their death than let me slap them with a sword (kitchen knife) over and over again.

The only downside was the developer’s complete ignorance towards enjoyment. More specifically, being able to play local co-op and still gather all those meaningless achievements. You see, co-op play helped you overcome the difficulty level but the mode gave you ZERO achievements whatsoever.

Upside: You get to play as Faramir and protect Frodo from Nazgul. Downside: Frodo runs like Usain Bolt and lacks any concerns for his personal wellbeing. 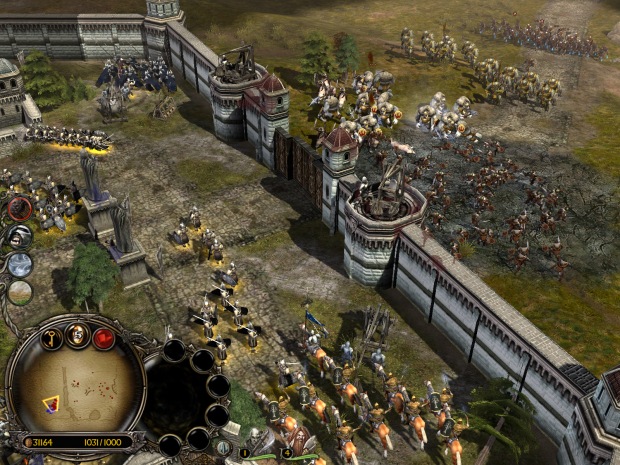 Another game that must not be played on a different format – keep it on PC and don’t even CONSIDER infecting your Xbox 360 with that garbage port. Other than that, a fairly decent game.

Basically it’s another edition of ‘slap the Lord of the Rings texture over a pre-existing game’ but this time with Age of Empires or any of those RTS style games.

One of the main selling points is that, just like LOTR: Conquest, you get the choice between a ‘Good’ or an ‘Evil’ story campaign to play through. So when you’re done helping the Elves prance their way to another victory, you can switch up the lore and kick arse with a powerful Uruk-Hai stronghold. 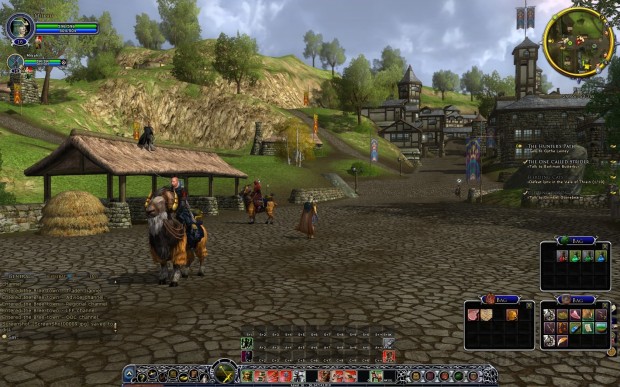 Right, I didn’t play this one all too much. I had World of Warcraft on my PC at this point so literally why bother with any other MMORPG? But what this game DID offer me was something that could have very easily put it at No.1 on this list…

Role-play. And not that sexy ‘I’m a naughty elf looking for someone to blow my Horn of Gondor’, but that kind of ‘Good eve traveller, what brings you upon the Bridge of Brandywine with such heavy burdens?’. Yup, I did that shit on the daily.

When I couldn’t get my jollies from films, traditional video games or (god forbid) actual literature I would spend my twilight hours sat upon that bridge smoking pipe weed and LARPing with passerbyers. 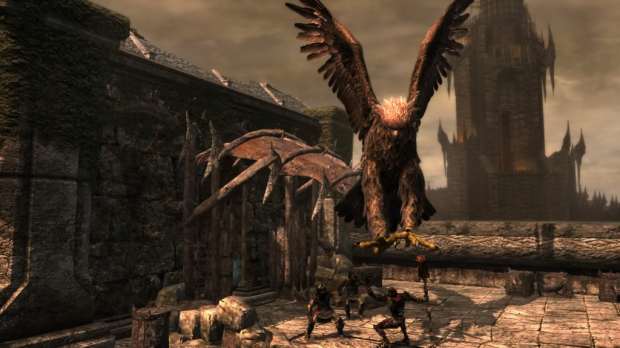 Do you wanna know why this game was so terrible? That fucking eagle right above your eyeline. As soon as that thing SPOKE (!!!) an audible groan escaped my lips and I gave myself mild whiplash from all the face-palming.

The characters were carbon copies of every other fantasy game, they were loosely based on the races within the Lord of the Rings universe and they all handled like dogshit. It just didn’t make any sense, at one point I was pissing about in the sewers – a location I seem to have forgotten from Tolkien’s original books?!

Regardless, this was a bad direction for the franchise and whilst I wish I could play past my own limitations, I literally could not bring myself to play this hogwash anymore than necessary. At least the 3 hours I did play came to some use as I could attack the piece of shit on this Confession. Win/win.

And that’s my main recommendations (or firm suggestions to avoid) when it comes to the Lord of the Rings video game adaptations. Take whatever you want from this Confession, it’s still awful how fangirly I become whenever I heard the words Barad-dûr or Melkor. Now someone give me some green so I can play the only decent LOTR game to have come out in centuries – Shadow of Mordor.