Confessions of a Gamer Girl started 6 years ago on Tumblr as a simple blog ran by a fowl-mouthed British woman. That’s me – Charleyy Hodson.

For some reason, people really started to like the blog and within a few short years it had swelled to an unfathomable 20,000 followers. 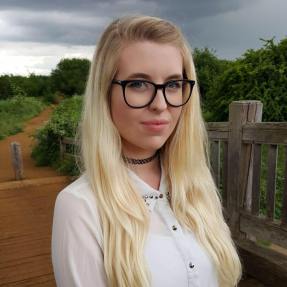 Nowadays, Confessions of a Gamer Girl (the Tumblr Edition) is mostly about gaming culture, stupid pictures and sometimes a piece of hard hitting journalism – though very rarely.

This site however is where I plan to do some real writing and get back into the swing of weekly content (or just satirical bullshit). Over its lifetime you’ll be able to read my weekly famous ‘Confessions‘ that kickstarted the whole blog popularity, as well any News and Reviews I get around to writing and publishing.

Either way, it’s going to be a bit of fun for us all involved and hopefully nobody leaves with an STD.

Hey, fun fact: I also have a TV show with GinxTV about eSports. That’s kinda fun.

“One of the UK’s most influential female gamers under 30”!

Sid Meier’s Civilisation V – I don’t even give a shit if this game is old. I just played through a Japanese conquest that took me 30 hours and I’ve never been happier in my life. Whether that says something about my relationship status or a true testimony to the staying power of this iconic strategy game… I don’t know. I guess you can decide that bit.

Make sure to check out all of my other social media outlets to stay in the line of fire for all future content!