As the embarrassment rolls on through the website, I think it’s time to reveal my darkest secret: I haven’t always been a hardcore gamer. I used to play the shit out of Feeding Frenzy.

As far as Xbox achievements go, you either love them or loath them. Regardless of what side of the hill you find yourself, I’m certain you have at least ONE terrible game hiding in your collection with a handsome amount of achievement points to boost. If you’re a self-proclaimed ‘gamer’, you’re guaranteed to know what games I’m talking about – these being the King Kings, Surf’s Ups and Terminator Salvation’s of our industry. If you’re still not sure what I’m on about, check out the gameplay footage for Avatar: The Last Airbender, in which players are able to unlock all 1,000 achievement points in less than 2 minutes of starting the game.

But what about those games that are shameful simply because they aren’t for whoring, but because they’re just all-round terrible examples of video games. Here we meet my very first encounter with an Xbox 360 game, and unfortunately it will forever be acknowledged as my first Xbox achievement – Feeding Frenzy. (Note: I’m aware I can delete this skid mark from my sterling repertoire, but I refuse to on principle. It’s a shrine to the teenage Charleyy who had terrible taste, an empty purse and an overwhelming amount of boredom to overcome.)

So what is Feeding Frenzy then? It’s an arcade game about feeding an aquarium of fish. Pegged as a ‘survival’ game to boot, the game is pretty pants just from the description alone but the gameplay itself leaves a lot to be desired. It really is no wonder I went on to bigger and better gaming experiences – my next achievement following this debacle being from the original Dead Rising. 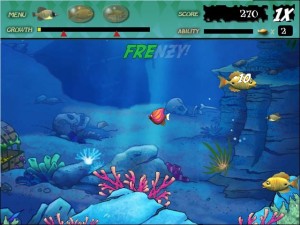 Feeding Frenzy truly is as wild as it sounds.

So why is this particular game so embarrassing for myself when titles such as King Kong can isolate me amongst my nearest and dearest as an ‘Achievement Whore’? It’s very simple: I chose to play a shitty game which has no Gamerscore boost or overall enjoyability factor, and yet, I still worked my ass off for that 10G. Up side? Feeding Frenzy has an achievement lined up for those poor individuals who somehow manage to log 10 hours into it’s depths of misery. But whilst we can spent the next 2000 words talking about other shitty games I have played, lets look some more at why achievement whoring has become such a poisonous label for games and players alike.

As of the day I’m writing this Confession, I have managed to rack up an impressive (in my eyes, so piss off with your judgement) 18,400 Gamerscore over my 6 years online. What makes me prouder is that I have only touched one of the ‘Golden Games’ of Achievement Whoring, and it was so colossally shit that I only unlocked 2 of it’s achievements: LOST *shudders*. Now, I am in no means racing to hit some record breaking Gamerscore (the current record being set in 2014 by Stallion83, ‘The Man with a Million Gamerscore’), but playing games on Xbox 360 makes me far more reward-aware than any other console on the market. 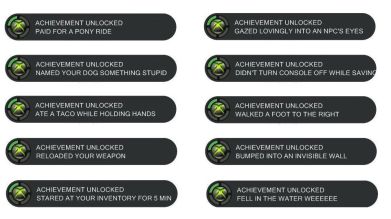 PSN trophies mean pretty much jack shit to me. Steam achievements (I find) are usually sat on the humorous or challenging side of the fence. But I neither have the desire to adapt my gameplay in order to unlock any of them. But when it comes to Xbox, I will check a games entire achievement list before even creating my save file so I can check to see which difficulty level will earn me the most achievement points at the end of the game (if I even make it that far).

Whilst the act of 100% completion is something familiar to most gamers at some point in lives and often falls under the bracket of an obsession, there is no doubt in my mind that achievement hunting contributes to this lust for gaming. In fact, the Gamerscore system became so popular and iconic to Microsoft’s console that even Game Center titles for Apple and Android smartphones have jumped on the bandwagon. And don’t even get me started on what happened to the 100% achievement list I got on Jetpack Joyride when I had to get a new phone…

But back to the crux of this Confession; why is Gamerscore so important to players and why is Feeding Frenzy an embarrassment to my reputation? It’s very simple: Bragging Rights. 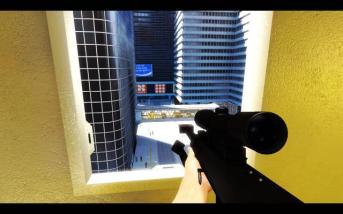 This shot from Mirrors Edge will always give me terrifying flashbacks. DID IT COUNT TOWARDS THE ACHIEVEMENT?!

6 years down the line and I want to throttle my innocent teenage self. In 2015, I can look at my Gamerscore and brag and boast to my friends that I once completed Mirror’s Edge without firing a single bullet (apart from that panic inducing sniper mission). But when people snoop about my Xbox Live profile, they’ll also see the multitude of other embarrassing titles that are then discussed more, completely overshadowing my badass abilities in other games. Yes I may have solved every single Riddle on the Island in Batman: Arkham Asylum, but I also played Boom Boom Rocket. Yes, I may have got 5 people drunk in less than 3 minutes in Fable 2, but I also played Uno. Can you see the pattern here? No matter how much I achieve, my shortcomings will always live to shame me. DAMN TEENAGE ME FOR BEING CURIOUS ABOUT ARCADE GAMES.

The fact of the matter is that achievements are both for the players and their e-penis, and act as a way (much like peacocks) to show off their skills and gaming power to prospective mates. And when people notice that I lost my achievement virginity to Feeding Fucking Frenzy, I’m not taken anywhere near as seriously in comparison to someone who completed Call of Duty on Veteran difficulty.

Why the hell am I concerned about what some random passer-byer thinks about my Gamerscore? Well, the feeling of acceptance and praise doesn’t go amiss now does it? Why do you post pictures of your children every single hour on Facebook? So people will tell you how beautiful they are. Why do you Tweet about your ability to consume a 20 lb steak in less than 10 minutes online? So people tell you how awesome and morbidly obese you are. Why do I want to have an inflated Gamerscore? So people can recognise my abilities as a gamer and not make stupid, archaic judgements based on my gender. Yes, this is something I’m still fighting against in 2015. But I’m not wasting any more of my precious minutes typing on this matter any further.

Yes, The Destroyer looks exactly like what you’re thinking off right now.

Based on the correlation between game completion and earning every single achievement, you often find that these people are often one and the same. Let’s look at one of my experiences with this during my time in the very first Borderlands title. I had finished the first playthrough, and it created inside a burning need to play absolutely everything any 2K/Gearbox game ever had to offer me. I was hooked on Pandora. Since I was at level 32 when I finished defeating The Destroyer, I thought ‘Well why not play through the whole game again just so I can get an achievement saying I made it to level 50?’ Which then developed into ‘Well why not get all of the action points for all of the other characters I haven’t played as yet?’ And it just spiralled downwards from there. The overwhelming need to just unlock one more thing in your favourite game will lead you to destruction as you’re sat 10 hours deep into a gaming session trying to unlock every single area of the Pandorian map. It’s ridiculous, but it proves the developers are clever enough to add replayability to a game for those people seeking a more rewarding ride.

But what I find abundantly clear from my gameplay styles in Borderlands and other titles I have 100% completed, such as LEGO Batman and Saints Row 3, is that when the need to find every single achievement overtook my pleasure in playing the game, things took an odd turn. I found waking up in morning and switching on my console a grind. I found trolling through the Achievement Hunter archives and multiple YouTube videos to figure out strategies a grind. And most of all, I received very little emotion from a game (other than frustration) until that final achievement popped, but even then it was short lived as I was then finished and ready to move on.

Whilst it’s awful to admit, achievement hunting has changed the way people have played and encountered video games over the last decade. Just look at the parody video below, made by the good folks at Collegehumor.

Thankfully I never descended into full scale madness such as these soldiers, nor did I ever crumble to the assistance of those achievement whoring games like Avatar, but I often found myself staring at that one achievement I earned back in 2009 for Feeding Frenzy and contemplated whether I should play more of it so I can earn the rest. And that’s why that one singular achievement will haunt me until the day I die: Do I delete it as a sign of my weakness and constant need for approval, or do I accept my fate and reload it so I can collect the 190 achievement points just waiting to join my collection? It’s absurd how powerful achievements really are. 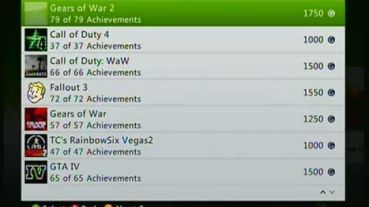 I’m honestly in disbelief that Gamerscore’s like this even exist.

What’s more, there is something just so deeply and sexually satisfying about that ‘DING’ noise that pops when you unlock an achievement. Either as you’re going about the game with no strain, or whether you’ve just worked for months straight to get 10,000 kills in ranked matches on Gears of War, that noise is a sign that the Gods are watching and they approve of your business in the game world. Honestly, I’m not attracted to many sounds, but if I had to pick one, it would be this.

All in all I’ve broken down 5 key things your Gamerscore can say about you, and why those little numbers can seriously affect the way you interact with video games:

1) They can change our approach and enjoyment of games.

2) They open us up to new games and new franchises.

3) They demonstrate a competitive and driven individual. 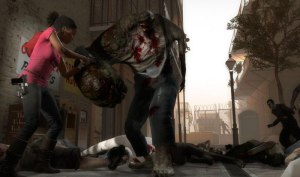 Multiplayer achievements, like the ones in Left 4 Dead 2, are always a complete ball ache.

4) They show that a player has committed to a game and played every single element a title has to offer.

5) They allow us to mock and pass judgement on those who play the Hall of Shame Games. 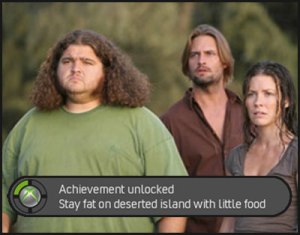 We were all thinking it…