I’m pretty sure this is one of the more embarrassing confessions. It literally highlights me as the awful, lonely human being I am, whilst equally giving you a mental image of woman juggling two Xbox controllers at once. Awful.

I wish I was lying about this one, but in the name of digital confessions, this really is one of my more degrading moments and it would be a crime not to share it with you. Let me paint the scene for you… 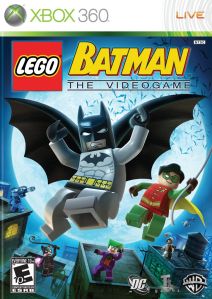 The only game that I both admire and despise for what it did to me.

It’s 1 o’clock in the morning on the 21st of August 2011. I’ve not moved from my bed all day. On my laptop, the IGN walkthrough is dazzling my already wistful eyeballs. Deep arthritis is setting into each of my fingers and wrists as I slowly place the two wireless controllers back onto the bed. A tired, unwashed woman stands up slowly after 3 days of solid gaming and whispers to herself, ‘I did it. I finally got 100% on LEGO Batman.’

Not one of my most respectable moments, of course, but a proud achievement nonetheless. You see, I had a distinct lack of what the average teenager would call ‘friends’ back in the day. But I never let it hold me down. Who says I couldn’t play a two player game by myself? Pfft, who needed these so called ‘friends’ when I had myself, and I’m pretty fucking good at everything.

After a dismal attempt to play Lord of the Rings Conquest by myself and failed miserably, I look over to the rest of my game collection and decide what to waste my time on next. The vibrant cover of LEGO Batman looks at me untouched and full of hope, totally unaware that the minute I placed it into the disc drive, it’s contents would embarrass and shame us both. 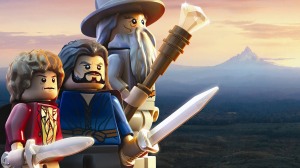 Not even my favourite thing on the planet, Lord of The Rings, could make me do this again.

And what’s worse, I didn’t do it out of boredom or sheer motivation to complete a game… I did it for the achievement points.

Over the course of 21 days, I worked day and night (mostly by night, World of Warcraft had totally fucked up my body clock by this stage in my life) to attain every single achievement that ruddy piece of DC plastic had to offer me. Everyday I reminded myself that it would be totally worthwhile to get every achievement and it would be witty anecdote to tell my future grandchildren. Oh how wrong I was.

I really did feel utterly pathetic once I finished. The only beacon of pride I got from my accomplishments was the fact I have not only finished a fucking game for once in my life (see previous blog post here…) but that I had completed it to such a degree that the world of Gotham had nothing more to offer it. I felt like a miniature God.

Since, I have tried to undergo the same ordeal for other LEGO titles, specifically being LEGO Batman 2 (with that weird fucked up middle-world) and Harry Potter (which frankly confused the shit outta me), but I never committed myself all the way until the end. I did it once, it would really be humiliating to do it again.

Over the next few months I hope to tell you other embarrassing moments in my life, but I can guarantee you right now that this is probably the most demeaning of them all. I’m just thankful that you genuinely didn’t see me in the middle of such emotional turmoil. It’s no wonder I didn’t have any friends really, isn’t it?

One thought on “I completed a 2 player game by myself.”